Heartbreak Overseas And The Rough Waters That Come With It

During my travels, I broke up with my boyfriend of one year. It was a weight off my shoulders, but of course, it was still difficult. It was left with a lot of love remaining which made the heartbreak that much harder, but it was logically the right decision. But let’s be real. Break-ups pretty much always suck no matter what the circumstances are.

At the time, I was living in England with about 2 weeks left until I headed to Ukraine. Sheffield was one of the places that I had built a home in, both in the place and the people. However, no one there knew the whole story. You can say “I broke up with my boyfriend.” But unless you sit there and explain the entire timeline and situation, all they can give you is pity and apologies (and hugs, which did help!). They can’t really understand where you’re coming from or give you any advice you might need to hear – which of course is no one’s fault. 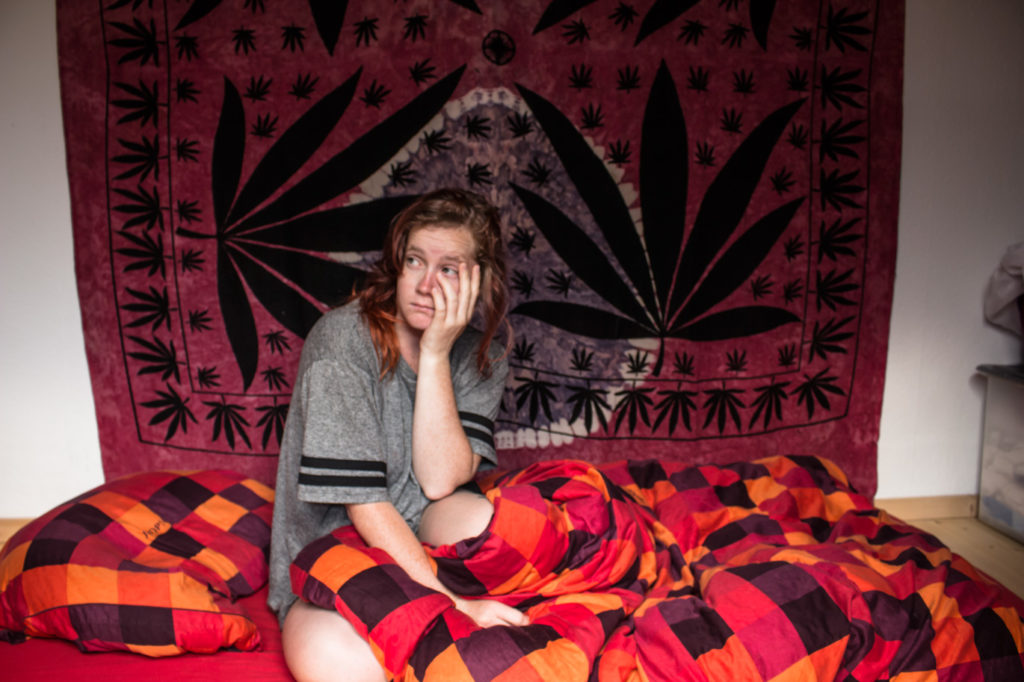 You don’t have to feel guilty for laying in bed all day!

Had I been back home, I would have been surrounded by people who were friends with the both of us, witnessed the relationship, understood the dynamic, and would have had a deeper insight to the heartbreak. So, I kept it bottled up because I couldn’t emotionally handle running someone through the entire relationship. All I could do was vent about it to my close friends back home through Facebook messenger. I still did my best to keep myself distracted, focus on the good company I was in, and forget about my current heartache.

And dude, it just wasn’t enough.

It only got worse once I left for Ukraine. Now I was in a new country with no friends, left to wander the streets aimlessly, alone with my thoughts. Most of my time was spent laying in the sun in Taras Shevchenko Park – tearing through every detail over and over, agonizing over why it hurt so much even though it was the right thing to do. The sun would beat down on me through the trees, as though trying to coax me up from the preferred wooden bench I had chosen to lay on. Just a little longer, I would think. Then I would lay there a few more hours repeating the same thoughts and doubting myself all over again. 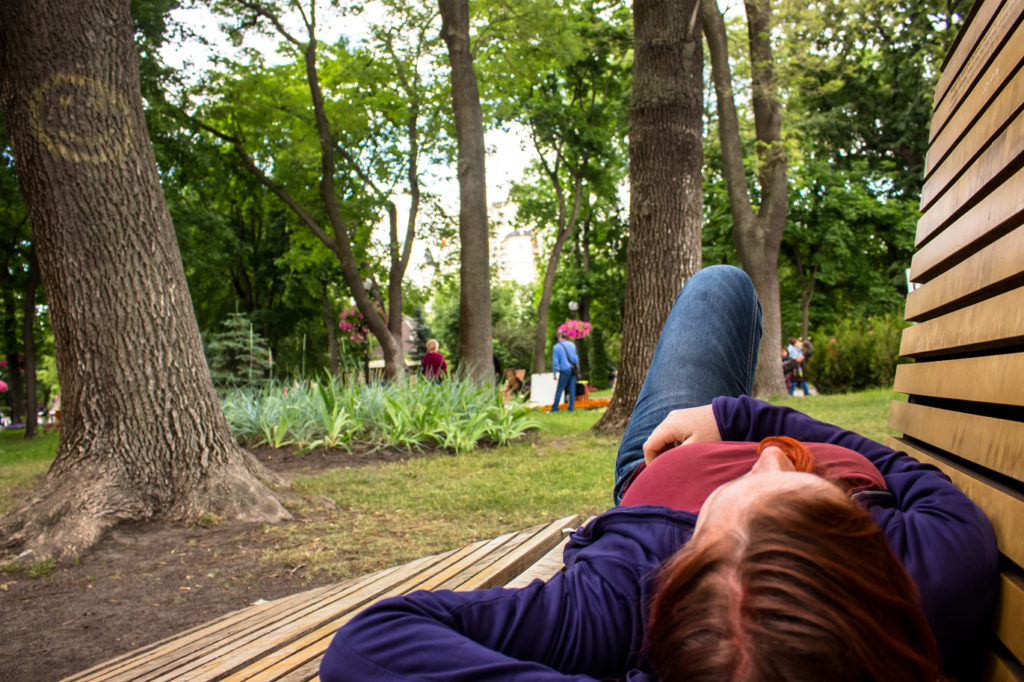 My preferred bench in the park

Luckily, I was in Kyiv for a week, so I didn’t have to constantly be out pounding the pavement to see everything. Even more motivating to go out, was the fact that I was in a hostel and had no privacy.
I didn’t want to meet anyone new.
I didn’t want to swap stories and fake a smile.
I didn’t want to make new friends at the time.
All I wanted, was to sit inside all day watching Catfish with my best friend, cheering on Nev and Max, drinking a sour beer from some craft brewery in San Diego. I needed something familiar, and I couldn’t get any of that in a country with a different alphabet.

I’m sure you’re waiting for my moment of enlightenment where I flipped it all around and turned the situation to my advantage. But the reality of it is, there was no turning point. As usual, breakups take time. But dealing with one while traveling takes even longer. Lame as it might sound, dealing with a heartbreak in a foreign city was one of the most isolating occurrences of my travels. 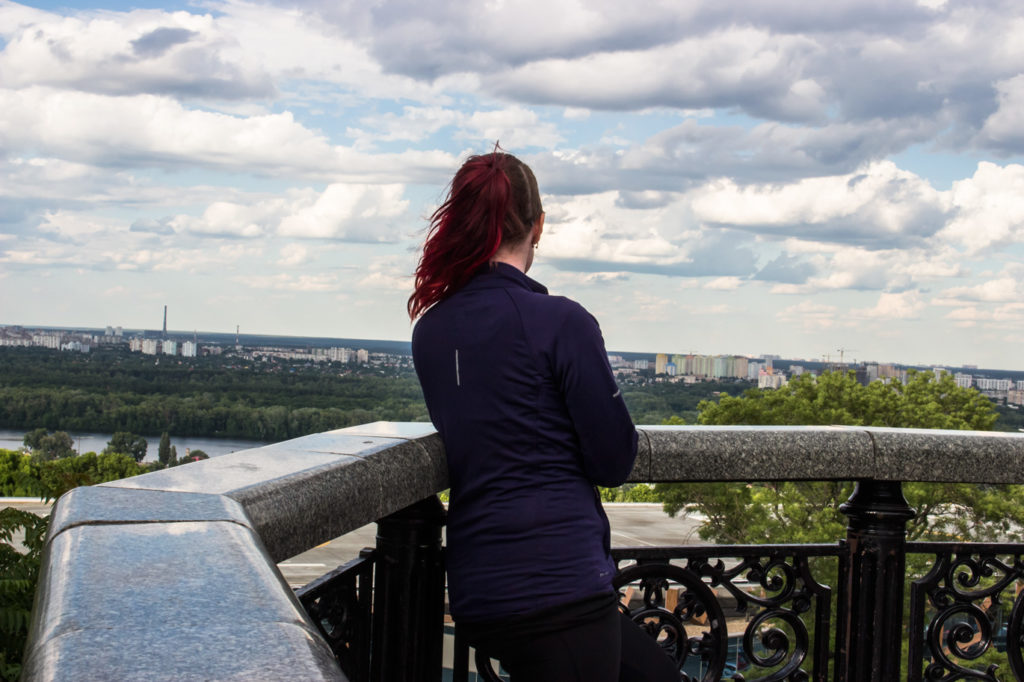 Brooding with a view?

Even after getting over the heartbreak, looking back I still don’t know what I could have done to make it any better. And that’s the harsh truth of traveling by yourself long term. Sometimes, you’re in a situation where you have no one to turn to, and you’re forced to press forward even when everything you need to heal is on the other side of the world. (Insert some BS about “what doesn’t kill you makes you stronger.)

And of course, everyone is different! Maybe you’re the type to go out and party your woes away while making new friends and seeing new places to take your mind off things. But I’m just not like that. As much as I live for traveling, I’m still an introverted person who needs to recharge when things go South.

So to finish off on a positive note – as challenging as it was, it all turned out to be worth it. But next time?

I’m getting a time machine.