There is No Quick Fix for Loneliness While Traveling.

I’ve read through a ton of blog posts about dealing with loneliness on the road, but they typically seem to handle the topic as though their method is a “cure,” when in reality, there is no one-size fits all approach. That’s what makes it so difficult – everyone’s personality is unique, and every approach to the issue is circumstantial. I’m not here to tell you how to fix loneliness; I’m telling you how I deal with mine. If your personality is similar, hopefully it will help you! If it’s not, perhaps it will inspire you to find your own approach.

One of the common themes that most of the posts mention are something like, “Actually, you meet SO many people while travelling that it’s hard to be alone!” And it’s true – it’s extremely easy to meet people when you travel solo. But while this lifestyle is filled with greetings and getting to know people, you probably won’t click with all of them. Or, you’re not with them long enough to get past the initial introduction and form a meaningful relationship. Heck, maybe they’re just a d-bag!

That’s not to say I haven’t made some of the most incredible friendships while on the road – but the percentage of those people is low. The ones you meet that feel like you’ve been friends for ages, you often end up saying goodbye to, shortly after getting attached to them. It’s never enough time.  So yes, you meet a ton of people, but it can be emotionally draining when you can’t just message your best friend to come over and watch the latest episode of Catfish while you vent to each other about trivial issues. 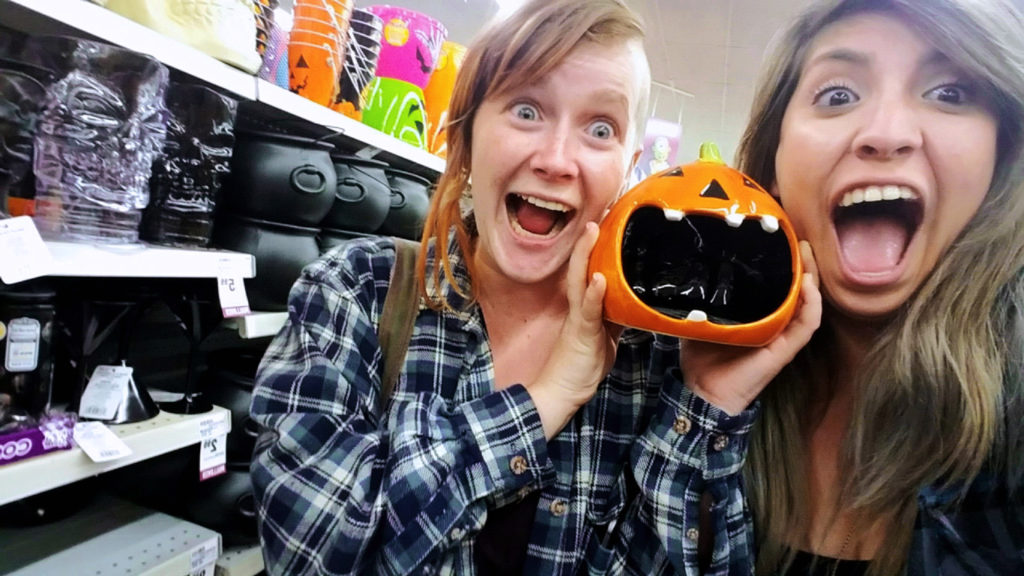 While I was attending Mardi Gras in New Orleans, I met a dozen people in the streets, at my hostel, restaurants, etc. But none of them did I ever click with enough to use my energy on for the entire night. I even ditched a guy in the drunken sea of people on Bourbon Street because I was so depleted.

When I got back to my hostel I ended up joining a hilarious group of welcoming people where I felt immediately comfortable to relax with for the rest of the night. Eventually folks started going to bed, leaving just me and one other British chap, Sam, talking until 4 am. Let’s just say we got along well enough to meet up at Oktoberfest in Munich later that year, and again in London the year after that.

There’s also a huge difference between feeling lonely on a trip that’s only a couple of weeks long, versus a one way ticket with no end in sight. When I found myself away from home for short term excursions, I would occasionally chat with friends and family back home, but I never felt like it was necessary because I would be seeing them soon anyway. Chances are, I had already made plans with most of them and there would be a small reunion to look forward to. If I had something I needed to talk about, I knew I could just put it off until my return.

Leaving indefinitely is entirely different in a terrifying way. At my going away party, it was painful saying goodbye to some of my best friends without knowing when, or if, I would see them again. People lose touch; it happens and that’s life. But I wouldn’t give it up my relationships without a fight. After a month of being away, it hit me that I couldn’t just wait until I got home like I did in the past. This time was different. This time making an effort to stay in touch was mandatory.

Travel styles are a huge contributor to this as well. If you’re only in a location for a few days, or even weeks, the chances of you forming lasting relationships is much more slim than if you were to stay in one place for a month or longer – although it does, and has happened. That’s not to say that staying in a location long term will guarantee you anything. The best example is my comparison between living in in Italy and England. I lived in Italy for 3 months as an au pair. I met some really cool people there – some that would certainly be nice to see again, but we don’t really go out of the way to keep in touch.

On the other end, living in England for two months I formed a group of friends who I went out with on a weekly basis (sometimes more often) and built a deep relationship with. They always made sure I had a good time, went out of their way for me when I wasn’t, and after only two months became some of my closest friends. Saying goodbye was heartbreaking, but I know for a fact I’ll see them again. Living there, I never felt lonely. 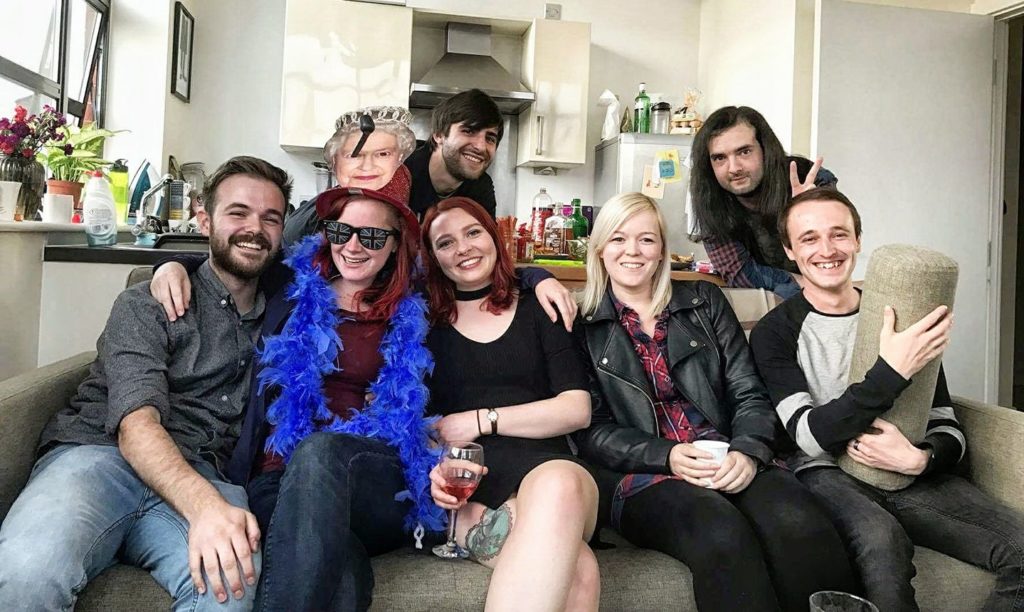 Living in England, they made sure to Britainize me

Staying in Touch (and stalking)

So what does this have to do with loneliness? Some say that videochatting with those in your hometown will only make you miss them more. Personally, I don’t find that to be true. Instead, I find it comforting to have conversations about what’s going on or stalking their social media (which I totally do). I love hearing about Dani passing her finals, that weird place Marcus had to park his semi-truck, Jessie accidentally acquiring a bunny, Lauren’s newly dyed hair (which looks amazing by the way), Daisy’s gym accomplishments, Sean’s weird baking schedule, Erynn’s first tattoo, and Jon still being as salty as ever. Then you have the more significant things: Geoff leaving for the Navy, not being there when my dog was put to sleep, missing my cousin’s wedding, and my nephews growing up. Some things suck to miss out on.

For me, getting a taste of normality makes me feel like I’m still a part of their lives, and when I talk to them, I know I am. We catch up with each other, harass each other (with love), share stupid memes, and I know that when I see them again, it will be as though no time has passed. Incidentally, many other blog posts about this comment that when you leave, life goes on and no one notices you’re gone or really cares what you’re doing. It makes me wonder how much of an effort they made to maintain contact back home.

So then why am I traveling for so long if it sounds like I miss home so much? Even with those occasional feelings, I’ve never once thought about going back permanently (yet). When I’m home, all I do is agonize over each passing day, waiting to go somewhere new. The experiences I’ve had abroad have pushed me to grow as a person more than anything else. Some of the people I’ve met have shown me an incredible amount of kindness within minutes of meeting them, demonstrating the hospitality of their country.

Missing home is inevitable for most people, but there are things that can be done to make it less of a bummer. Of those tight knit friendships you make while traveling, chances are, you’ll build a network of friendly faces around the world. This means you can add a stop to visit them on your itinerary, explore their culture, and meet their friends with the removed stress of doing it all on your own. There’s nothing wrong with taking a break once in a while, but you don’t have to go home to feel like you’re there.

No matter what your travel style is, occasional feelings of loneliness and isolation are inexorable, but still only temporary. Especially for those who are new to solo travel, it could be shocking when it’s first experienced – but it will pass. It may take time to refine what works for you and your needs, but in the end it’s completely worth it. 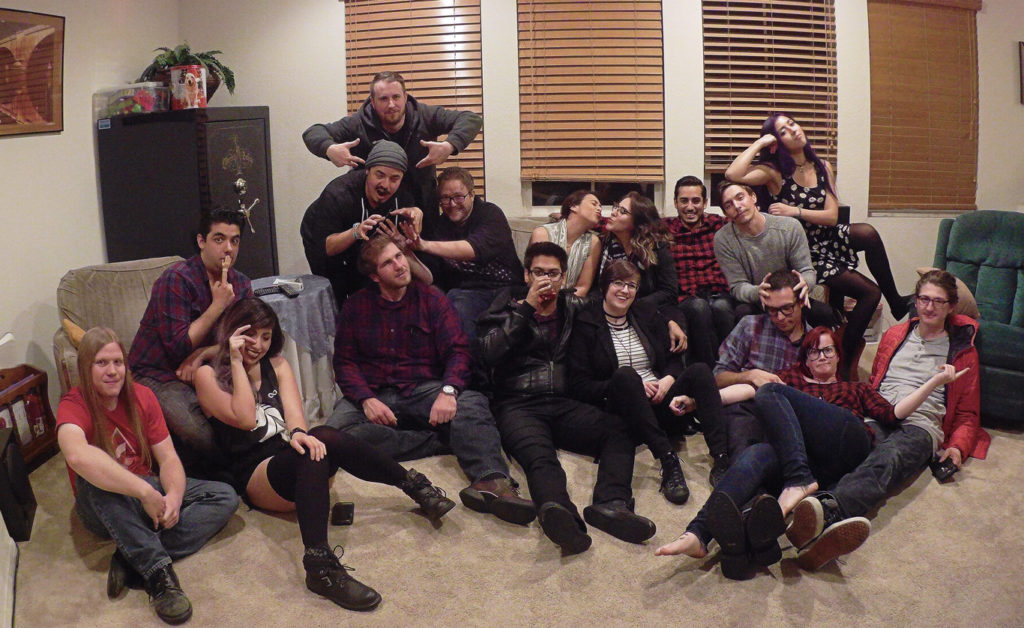