I’ve officially been traveling for 750 days. As of tomorrow that all comes to a halt. Currently, I’m sitting in my parents living room on the night before my flight to Hawaii where I’ll be working at a hostel for…I don’t know, a year? Maybe more? Less? I don’t know. Last year, I volunteered at a hostel for a little over a month – Now, I’m going back for an actual paying job at that same hostel for an indefinite period of time. Judging by my bank account, that will be about a year.

Since I started on this accidental (but welcomed!) adventure, I haven’t slept in the same place for more than 6 weeks. Every now and then, I’ll visit home – I can’t be away from California for too long before its optimal weather and diversely stunning scenery calls me back. But my room has been rented out for a while now, reminding me that I don’t live here anymore. Heck, I don’t actually live anywhere.

These past two years have been indescribable. I’ve lived out of a massive semi-truck, skipped two flights (both times for the sake of a road trip), slept in strangers houses, hitchhiked 3,000 kilometers (2,000 miles) alone, eaten things I can’t pronounce, taught English to Ukrainian kids in the depths of the Carpathian Mountains, slept in a train station, and drank tea while driving on the longest racetrack in the world.

And now, I’m pushing the pause button because I need a break – It’s terrifying. 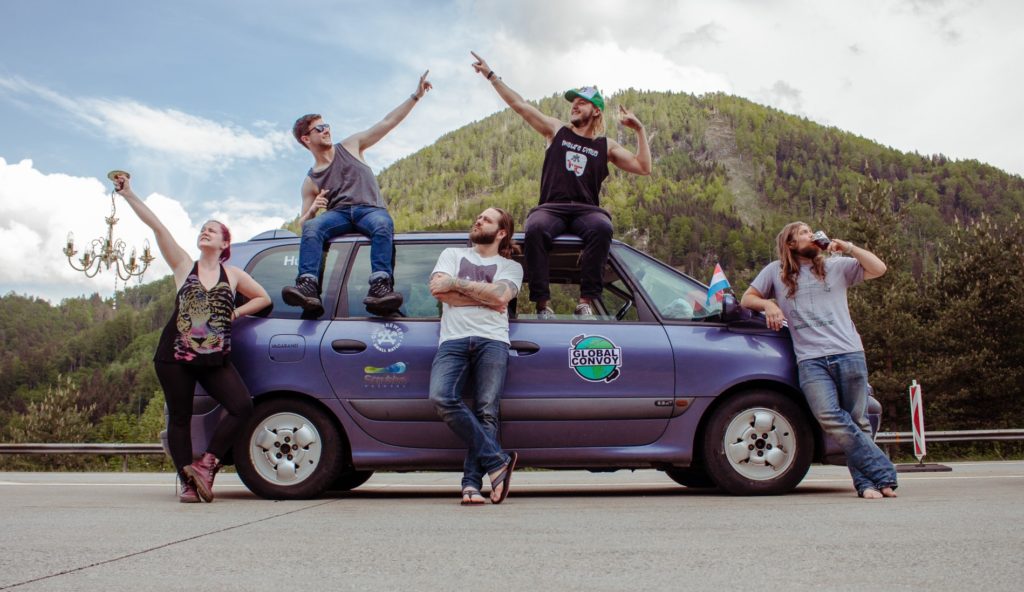 Oh but you get to live in Hawaii so you’ll be fine!

If I had a dollar for every time I heard that one! But let me tell you: island fever is real, and I’m pretty sure I’ll catch it at some point. Because yeah, while it is a fantastically epic island with insane hikes and jaw-dropping beaches, I’m used to having freedom. The freedom to book spontaneous flights just because they’re cheap, the freedom to skip those flights because something better came up, and the freedom to experience as much as I possibly can.

Aside from that, I will literally be stranded on an island. Whereas I’m used to being able to either jump in my truck and drive in any direction, or find a cheap Flixbus to a different country, I’ll be stuck in a place with a circumference of less than 115 miles. There’s only so far I can go before I physically cannot go any further. And while it’s gorgeous, I like the freedom of choice. People keep telling me they’re jealous because I get to go to Hawaii, but there’s a difference between vacationing there and living there.

But at the same time, there’s an air of excitement about not having to go anywhere for a while. Not having freedom might not be such a bad thing, considering how indecisive I am. On top of that, I can actually unpack my backpack, sign up for a rock climbing gym, put time into learning a new language, eat better because I can actually go grocery shopping, make friends that I won’t have to say goodbye to right away, and put some money into savings.

Yeah, you heard that right.

Poor and in danger is about to be a little less poor (though with all these volcanoes nearby maybe I’ll end up in more danger to balance it out!). I’ll be working three jobs while I’m there, and I can finally stop struggling with monetary issues (I hope!).

Always looking for that next paycheck – Photo by Chris Rudman

Traveling is an adventure, but after doing it for so long, staying in one place is an adventure for me too. I can finally put less focus on surviving, and more focus on living. Because while I don’t really get stressed out while being on the road, it’s also just a nice weight off to not have to worry about where I’m going to sleep for a really long time. I mean dude, I get my own room! Plus, I don’t have to keep track of the days until my next bus, train, plane – whatever. My body, mind, and soul need a break, otherwise I’ll burn out again.

Between consistently traveling, versus settling down, I have nothing wrong with either lifestyle. But for me, there needs to be a balance, and right now that balance is being a beach bum in Oahu for a year and recharging. Scared and nervous as I am about settling down, I think I’m ready for this new chapter.

So here’s to giving up my freedom for a little while – after all, there are worse fates than bamboo handcuffs.