What Made Me Hate Traveling

Upon writing this, I’m in Copenhagen basically just killing time until my flight back to Los Angeles in two days, and honestly, I’m so excited to be visiting home. Over the past 6 weeks I hitchhiked 3,000 kilometers and stayed with 15 different hosts in 12 cities. It was an amazing journey…but I’ve had it.

Mind you, this is specifically a result of fast, long-term travel on a shoestring budget. Not one or the other – all of them, combined.

And I get it, this is totally my fault for traveling while poor! I didn’t get a college degree, so I can’t easily get a high-paying (yet miserable) office job, work for a couple years, and save up thousands of dollars to go travel comfortably for a while. Instead, I got impatient and jumped straight into traveling with a loose plan. That plan kept me going for 7 glorious months – and then I was thrown on the road, constantly on the go.

The only reason I did it was pretty much because I had no other choice. From January until August, I had a place to stay long term. I started with 3 months in Italy as an au pair before I had to GTFO of the Schengen area to reset my visa, at which point I lived with a friend for 2 months in England. Then, I hopped over to Ukraine where I stayed at a kids’ camp teaching English for 6 weeks.

In each of these locations, I stayed long enough to unpack and settle in. Having an extended stay also gave me enough time to explore on my own time, form real relationships with the people there, fall into a rhythm, and have my own room to come back to and chill out in at the end of the day. That is the kind of travel that I live for; I just didn’t know it that at the time. 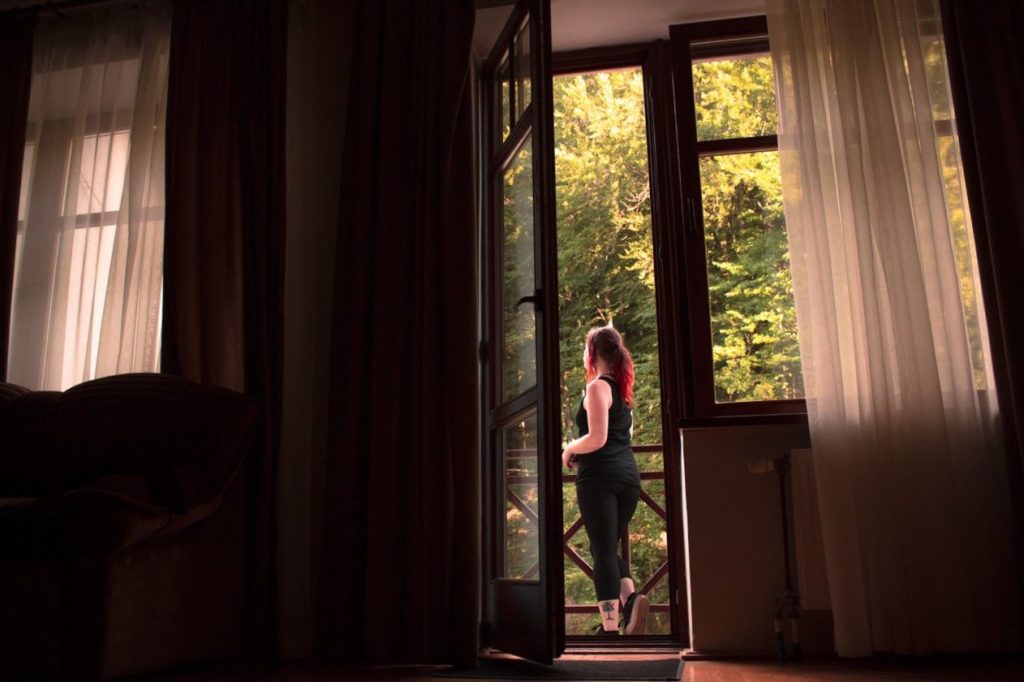 My room in Ukraine even had a balcony!

When the summer camp ended on July 30th, my only definite goal was to end up in Copenhagen by September 8th which was when I had a flight home. This gave me 6 weeks of travel and accommodations to plan and arrange for as I went, again with next to no funds available. All while keeping in mind, that the average length for staying with couchsurfing hosts is 3 nights. So basically, I had to keep moving if I wanted a place to sleep. The outcome was not pretty.

For 6 weeks, this was my “schedule”

Now the first two weeks were fun and exciting! I was new to hitchhiking, and it felt great to be couchsurfing again and meeting lots of people after staying in the tiny Ukrainian mountain village. But it wasn’t long before I found this lifestyle to be incredibly challenging to my body and spirit.

My body – from having to lug around my 23-pound backpack (with poor back support) every two days.
My spirit – from having no choice but to keep moving in order to have a place to sleep.

During these 6 weeks, I never spent more than the typical 3 nights with one host, with two exceptions. The first exception was in Budapest, the first city I stopped in after leaving Ukraine. I ended up with a generous host who let me stay with her for 6 nights. Every day I was there I went out, explored the city, met up with couchsurfers, and essentially utilized all of my pent up energy.

Once I finally continued on from Budapest, things got insane. I went from Budapest to 11 more cities over the course of those 6 weeks. 42 days of incessant moving around and social interaction. I had my own room about half the time which was nice, but I only ever got a few hours alone to recharge.

Sometimes when I was in transit from one city to another, standing on the side of a road with my thumb sticking out, I would try to wish myself away. All I wanted was to lie in bed all day, but because I had almost no money, I had no other option than to keep moving. Eventually, it didn’t matter that I was in a foreign country, seeing new things, and learning about the culture. I couldn’t take a day off. That was the root of my stress and frustration as I continued my journey. 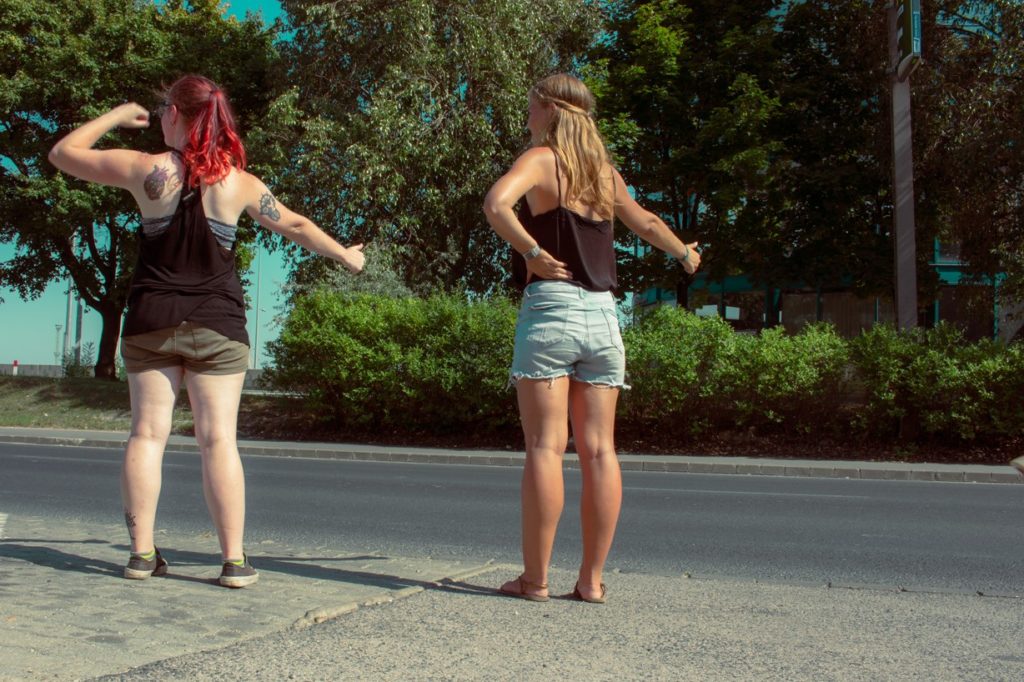 A failed hitchhiking attempt out of Budapest

About halfway through, I arrived in the Netherlands where I stayed with a friend for a week. One glorious week of doing hardly anything. We marathoned South Park, swam in a canal, drank lots of coffee, and slept in late every day.

If it wasn’t for that one week, I probably would have cracked. It was a nice taste of a stress-free environment before I was thrust back into survival mode. As I traveled on, the only thing that kept me going was counting down the days until my flight. Even then, the only approach was to take things day by day.

My final destination, Copenhagen, was the hardest. On all sides I was surrounded by new sights, beautiful architecture, and rich history. But I didn’t care about any of it. I can hardly even write about what was around me, because I was too numb and depressed to take it in. To be honest, a few times I wanted to find a corner as lonely as I was, curl up, and break down.

The second day there, I met another couchsurfer, Kato, who was staying with the same host as me. She suggested we meet up later in the day, so we exchanged numbers before she took off from the apartment to explore. Meeting up with Kato against my initial desire was probably one of the best decisions of that trip. We clicked almost immediately with shared humor and lack of desire to do anything in particular. Eventually we progressed to sharing some vulnerable and real conversations. 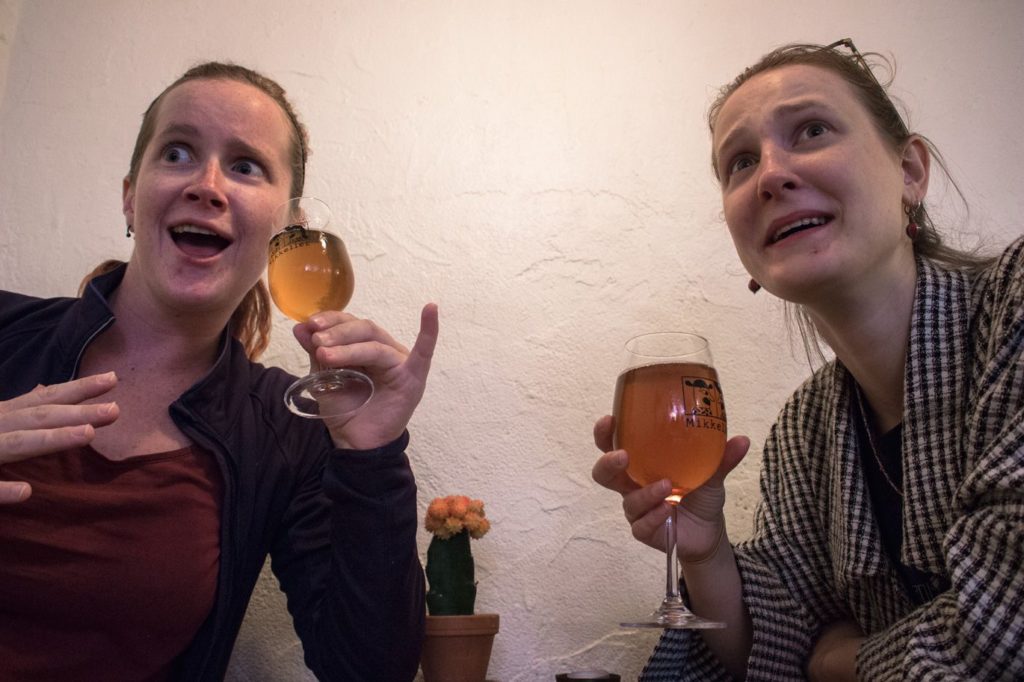 Bonding over Beer with Kato!

To be able to have a solid connection with another human so quickly was something I didn’t get enough of during this leg of my journey. It felt good to be able to talk without a filter. That was the day before my flight, and it was the final push I needed to make it through my last few days before boarding the plane for my return home.

Bouncing around from host to host for 6 weeks meant that I met a lot of different people. Be it through hitchhiking or couchsurfing, the variety of characters you come across is vast. But rarely are you ever with them long enough to form lasting friendships. That time was filled with constant introductions and goodbyes, often paired with a sick feeling in my stomach that I would never see this person again.  My mind has been overloaded with memories of faces of people who graced my life for a matter of days or sometimes just minutes before vanishing into the world’s population. Too much of that so quickly can be emotionally wearing and even a little heartbreaking.

To end on a positive note, it was in the midst of all the stress, weariness, and struggles during that time that I experienced the most amount of human kindness than I ever had before. Many of my hosts cooked dinner to share, but refused to let me return the favor because I was the guest. Some would give me a detailed tour of their city without being prompted. Several of the people I hitchhiked with bought me coffee or lunch, while others offered me a place to stay. I can honestly say that everyone who helped me out never asked or expected anything in return, even though I was more than willing to give it. They would go above and beyond what I needed, and each time I would think to myself, “How the heck did I end up here?!”

There’s a weird trend going on right now about hating people and shutting yourself away from the world. It’s something I can’t get on board with. Even though those were possibly the most challenging 6 weeks of my life, I wouldn’t take it back. It was a necessary experience that helped me learn about myself, what type of travel I like, and gave me an abundant feeling of hope and gratitude towards humanity. It pushed me to my absolute limits, and I handled more than I ever thought I could.

Would I do it again?

But at least now I know myself – and the world – a little better.